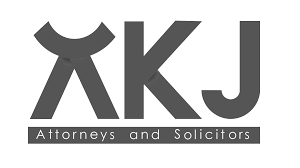 A prenuptial agreement is a contract between two persons who are about to get married that outlines the situation of their finances and personal liabilities in the event that the marriage does not work out. In simple terms, it spells out how much property, assets, and money each of them will receive if the marriage is dissolved.The tool aids in the avoidance of financial conflicts and trauma during divorce. The agreement is of the western origin but recently it has been gaining momentum in the other parts of the world as well. India is a country known for its rich culture as well as its people’s love and warmth. Unlike in the western countries, where marriage is viewed as a contract between husband and wife, in India, marriage is viewed as a religious covenant between a man and a woman for life, and hence a prenuptial agreement is not legally enforceable under the marriage laws in India. Nevertheless, there are few laws which recognise the prenuptial agreements such as section 40 of the Divorce Act, 1869 (which govern Christians) and Goa Civil Code, 1867.

Even though India does not have a particular law governing pre-nuptial agreements, if one were to be considered in India, it would be subject to the Indian Contract Act, 1872(hereinafter “ICA”). Despite meeting all the essential conditions of Section 10 ICA, the courts in India have been hesitant to give these agreements legal enforceability as there are certain aspects in these agreements that violate the public policy and the agreements against public policy are void under section 23 ICA. Although it has not been categorically declared to be against public policy in their inherent value ,it has held that the inclusion of a few essential clauses such as ???separation clauses??? and ???no child clauses??? are void because they violate public policy.This indirect route taken by the Indian judiciary has resulted in a decline in the use of these agreements in India, denying us the benefits of prenups. Therefore, the legal position regarding prenuptial agreements in India which can be determined from the rulings of the various constitutional courts is that the terms contained in such a prenuptial agreement must be in conformity with the provisions of the ICA.

In the current Indian context, where marriage is regarded as a sacrament and divorce as a stigma, the general perception of such prenuptial agreements is negative and it is generally frowned upon. But in the changing scenario, the younger generation, who are more confident, conscious, and orderly and who want security and predictability in life, are more open and agree to such agreements as it encourages couples to discuss topics that may become the main and serious cause of disputes in the event of the failure of their marriage. The advantage of having a prenuptial agreement is that it provides for the equitable division of all assets owned by the bride and groom-to-be. These assets may include pre-marital assets already owned by both parties to the contract, or may include gifts given to the bride when the bride gets married. Additionally, having such an agreement in place can, to some extent, ensure that there are no dowry deaths, as all gifts given to the bride during her marriage are clearly mentioned so that the relatives or the groom himself cannot ask for more. The introduction of the agreement in India will undoubtedly have a good impact, resulting in peaceful methods of resolving disputes stemming from the breakup of a marriage. It will also decrease the burden of the courts. Furthermore, it could be ensured that because of their fiduciary relationship, no party can exert dominance over the other. Also, raising awareness about prenuptial agreements, encouraging frank discussion, and giving women an equal say in the drafting of such prenuptial agreements will undoubtedly be a progressive and forward-thinking shift towards the women-empowerment in India. It should be seen that there isn’t anything in prenuptial arrangements that negates the Indian ethos or public policy considerations, and it is totally in the interest of the public to give legal enforceability to these “need of the time” arrangements.

Current rules of the Bar Council of India impose restrictions on maintaining a web page and do not permit lawyers to provide information concerning their areas of practice. AKJ Attorneys and Solicitors LLP is, therefore, constrained from providing any further information on this web page.The rules of the Bar Council of India prohibit law firms from soliciting work or advertising in any manner. By clicking on ???I AGREE???, the user acknowledges that:

The user wishes to gain more information about AKJ Attorneys and Solicitors LLP, its practice areas and its attorneys, for his/her own information and use;
The information is made available/provided to the user only on his/her specific request and any information obtained or material downloaded from this website is completely at the user???s volition and any transmission, receipt or use of this site is not intended to, and will not, create any lawyer-client relationship; and
None of the information contained on the website is in the nature of a legal opinion or otherwise amounts to any legal advice.
AKJ Attorneys and Solicitors LLP, is not liable for any consequence of any action taken by the user relying on material/information provided under this website. In cases where the user has any legal issues, he/she in all cases must seek independent legal advice.

I Agree I Disagree